top of page
This site was designed with the
.com
website builder. Create your website today.Start Now

According to a recent study released by Ipsos Public Affairs[1] 36 million people are making yoga part of their American lifestyle.

This represents a 50% growth rate over the last four years and there’s no indication of it slowing down, especially for men and people over 50.

I’m excited about this participation level and what it means to the overall health and well-being of our country.

The myth has been that yoga is for young, skinny women who are flexible. While they are a beautiful part of the mix, the make-up of most classes resembles the demographics in this study and the local community.

You have probably heard of celebrities that do yoga like: Gisele Bundchen, better known as Tom Brady’s wife around these parts, Christy Turlington, Gwyneth Palthrow, Ellen DeGeneres, Jon Bon Jovi, Madonna, Russell Brand and many more… But, you don’t have to be a super model or a rock start to do yoga. It is more likely you have heard of a friend, coworker, mother, daughter, son, sister, or brother doing yoga than Lady Gaga.

In the next year it is projected that 80 million Americans will do yoga. That means there are a lot of beginners, and that is great! Actually, according to this study more than half of the people who practice yoga are practicing at a beginner level and most of the others at an intermediate level. So, if you have been hesitating to jump in because you’re a beginner, go for it; you will be in good company!

Why are all these people doing yoga?

Many people get into yoga for the stress relief, to gain flexibility, and improve strengthen, but they stay in it because, they “have a more positive image of themselves”. On average their self-image is 17% higher in:

I know many people enjoy the health benefits of yoga, but I was surprised to learn that people who do yoga are also more “environmentally and socially mobilized” than their non yoga practicing counter parts. Significantly more, on average 27% more in the following areas:

I pondered this study from the perspective of how yoga is impacting the whole country. Those who practice feel better about themselves and in turn try to make their community a better place too. Isn’t that really what it is all about, love thy neighbor as thyself? 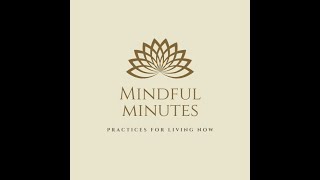